I was asked to draw for the Masters of Anatomy book a while back and it is currently being funded on Kickstarter.  It's the last day to participate in the kickstarter if you're interested.  From what i've seen so far it looks pretty neat. 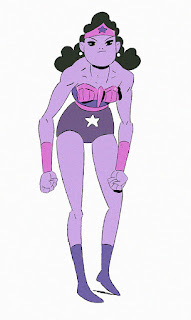 I had an idea for a wonder woman short recently, started drawing it, and then realized that i didn't really know much about wonder woman.  I got half way down the first page and decided to do a fact check and found out that i totally got it wrong.  All these years i thought that Hippolyta made her from clay to be the best of the amazons.  More importantly, she was sculpted as is, as an adult.  Not true.  Every origin story recap that i could find showed a toddler being crafted and brought to life.

All this time i thought she had a lion-o type story going on, where she was the naive adult child learning life lessons on the island, then to turn around and do it all over again in the outside world while trying to teach what she learned.  If wonder woman had a childhood then the whole thing raises questions about the island, like time and population.

Also, i like the rounded jaw, she looks healthy. 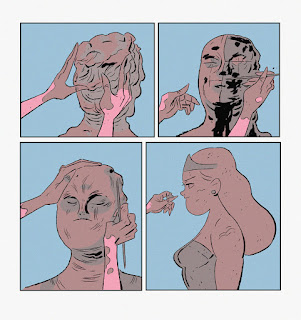 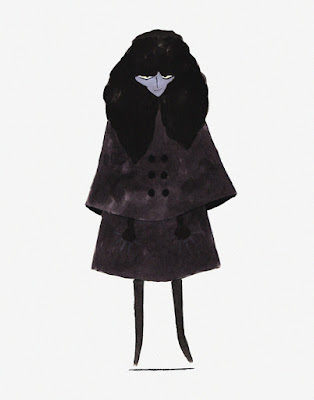 I need a gallery so i'm starting with witches.  80's hair is kinda scary.
Posted by MIKE THOMAS at 3:24 PM 2 comments:

I feel the need to share again after noticing that the drawings here are a bit dated.  Over the next couple of days i think we'll start with designing some witches.  It might be safe now that Halloween has passed.

I'm still drawing Secundus, trying to make it as pretty as possible.

My back is doing better.  I started doing DDP Yoga and it's really helpful.  I'm not confident enough to start going on walks again, YET, but it's getting there.

I just noticed that blogger and tumblr are compressing the images so i'm switching over to flickr, link is on the side. 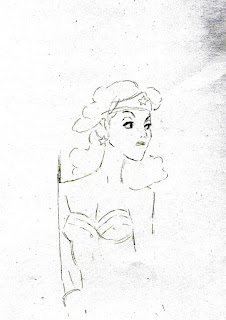 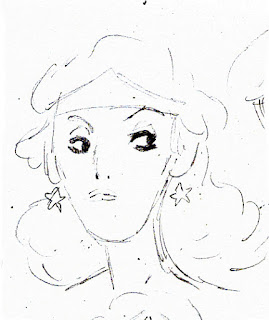